Since we have thus far only covered the amazing Chinese food there is one other thing that usually goes hand in hand: Alcohol and cigarettes. Both are considered to be bad for women but as a true guy you have to show off your drinking skills. Especially as a foreigner you are expected to be a great drinker. There is no better way of showing off how masculine you are than demonstrating your skill in putting lots and lots of Baijiu in you. Baijiu is like the Chinese Vodka, it just tastes much worse.
If there is no Baijiu available that is not a problem – you can do “bottoms up” with every kind of drink: Beer, Wine, Red wine mixed with sprite, or Whiskey mixed with ice tea. There is no limit to creativity as long as there is alcohol included. If you want to show off how rich you are try to estimate how many of the most expensive drinks your group could drink within three days. Then order double the amount. If you have no space left on your table because it is full of bottles you did the right thing.
In a restaurant it is easy to recognize if people were having a good time: If the toilets are still completely clean at the end of an evening (or at the end of lunch time) and there is no vomit at all it must have been a boring restaurant or party. 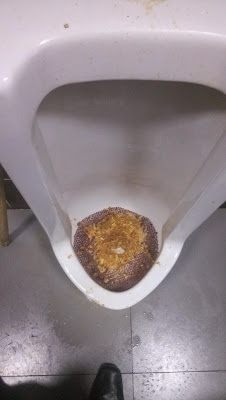 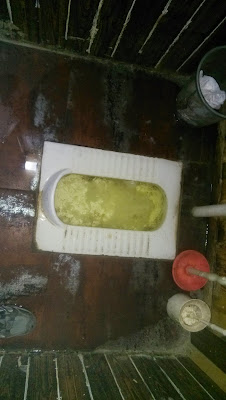 The time of the day is also not an issue: If you are on your way to a business lunch, especially with officials or high ranking people, expect that you will come back drunk afterwards.
Drinking alcohol is a ritual which is not only considered as a fun activity but also as the primary mode of celebrating or bonding with people. Just a small warning: You should know your limits. And by limits I am not talking about the point of suffering from minor alcohol poisoning leading to vomiting since this can be seen as an indicator for having fun. I’m talking about the major alcohol poisoning that a government official suffered from after he got his new job and drank himself to death at the celebration party. But almost every good party I have been to lately included somebody throwing up with somebody else patting their back in order to comfort them.
Very important: Bring your own cigarettes. And smoke. But to make it socially acceptable offer somebody else a cigarette first. And since you do not want to look cheap to them you shouldn’t buy the cheapest cigarettes available: For a middle-class smoker it is acceptable to have cigarettes which cost around 3 times as much as the cheapest ones while as a government official it should be at least 10-15 times as expensive as the cheapest ones.
If somebody offers you a cigarette you should help them to light up theirs – and as soon as you finished smoking the free cigarette please do not forget to return the favor of offering one of yours to the other person. You can imagine how easy you will change from being an occasional smoker to a chain smoker during a meal.
Smoking is acceptable almost everywhere – save for special locations such as airports, subways, and big shopping malls. But in a restaurant, on the elevator, in a small store, or inside the taxi you can (mostly) light up directly next to the non-smoking sign. Only during the Olympic Games in 2008 and a few months afterwards the rule of non-smoking was enforced, yet after that everybody stopped caring again.
Since you cannot always eat something if you want to get hammered there are other great excuses you can use: Go to a bar, but be aware that bars are not considered “traditional” and you should never tell your parents that you went there. Going to Karaoke or KTV is totally acceptable on any time of the day. For everybody who has never seen a KTV: It is basically a bar with walls around each table (so that you cannot get in touch with somebody you don’t know), a microphone, and a TV to select songs to sing. It is simply far more “traditional” and totally acceptable to go there.
If a lunch or dinner takes around 2 hours be prepared to be drunk afterwards and having smoked so many cigarettes that your lungs are burning.
Good news for girls in the end as a surprise: Do not participate in this. This is a guy´s game. No smoking, no drinking. This is just not traditional and girls should be traditional. Period. 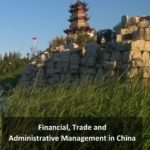 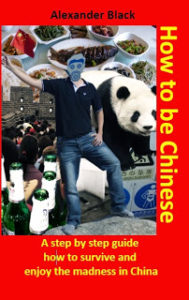